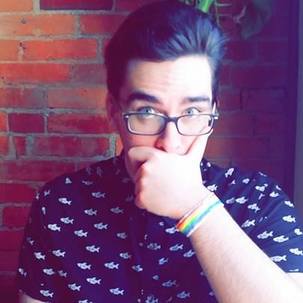 Michael is thrilled to be teaching at Bella Angel Music. A former student of seven years, he is proud to continue teaching the skills and knowledge he has accumulated over the years. At Bella Angel, he began his studies of guitar and bass, but is also experienced in drumming and recording. Michael has performed as a member of the Jones College Prep Jazz Combo throughout Chicago-land, including a performance at Buddy Guy’s Legends blues club. Trained in peer mentoring, he greatly values the opportunity to build new positive relationships on the shared experience of musicians.

A Posse Scholar currently pursuing a Bachelors of Arts in History at Oberlin College in Ohio, music remains an integral part of Michael’s life and studies. He spent his 2015 Winter Term studying audio recording, mixing, and mastering. In April of 2015, Michael was granted the unique opportunity to volunteer at the Rock and Roll Hall of Fame Induction Ceremony in Cleveland, OH. Over the course of a year, he dedicated his time to recording and mixing audio for an album, “My Life as a Robot”, released in November of 2015.
​
Michael was originally inspired to play bass and guitar through his love of classic rock. Over time, he has been influenced by a diverse range of musical tastes and techniques: from folk and country to blues and rock. Being a part of both group and individual music efforts, he appreciates the differing roles of guitar in ensembles and its endless possibilities as a solo instrument. As a student at Bella Angel, Michael was given the skills to pursue a life-long creative outlet that has undoubtedly contributed to his personal and academic successes. He is honored and enthusiastic to help other students engage in that same creative outlet.